Please enter your search term to find your desired service or event – we hope that you find that you find what you are looking for, but if not then please do be in touch.

On each individual activity page, you can select “Add to Enquiry” which will collate these all together on this page – and then simply click the below to submit your enquiry to us.

Up Your Street Team Building Event

We provide the cameras, costumes, hats and wigs whilst the teams supply the wit, quality acting skills, episode format and glamour! Good communication, collaboration, decision-making, innovation, humour and use of imagination are essential to produce the best episode you can!

Requirements: Sufficient space for a table plus chairs for each team

Work Together to produce the next big TV hit!

Following a simple synopsis each team will need to discuss and decide a viable storyline with the other teams before splitting off to film their segment. From thereon in the content is entirely up to each team, but it must contain at least three of the four quirky characters which make up the motley cast of ‘Up Your Street’. Continuity is key in this challenge as each team starts and finishes their film with exactly the same 2 lines of script, delivered by the relevant characters. Creativity and fun should shine through in each teams’ footage of maximum two minutes.

All the teams’ efforts will be stitched together and shown on a large screen at the conclusion of the event providing a hilarious finale! Medals will be awarded to the winning team with our KDM event team based on entertainment value, creativity and continuity. All the films completed and handed over to our KDM event manager are then taken away for editing so that a slick, edited version complete with titles and credits is yours after the event.

After an initial briefing and introduction from our KDM Event Manager, teams will be issued with character outlines, set lines, costumes and digital recording equipment in order to script and film a maximum 2 minute portion of an episode of ‘Up Your Street’.

The content is entirely up to your teams, but it must contain at least three of the four main characters plus start and finish with the lines provided. To begin, each team of 8-10 participants will discuss ideas and plan their portion of the storyline in keeping with the given characters’ personality and wardrobe.

Each team will need to allocate not only the starring roles but also other important roles including:

With all roles allocated and plans completed, teams will begin scouting locations, writing scripts and rehearsing/filming. Instructed and assisted by our Events Team throughout, the teams’ assigned camera crews capture all the action – with no editing allowed! This means the final versions are more lifelike, with funnier out takes! It also encourages more rehearsal time and adherence to time management constraints.

Photos taken at the event

Please see the following selection of images taken at a recent Up Your Street team building event – this was a unique filming event that was created bespoke for a client, with written scripts and characters to fit the brief provided!

“The event on 6th Sept was brilliant, the whole team really enjoyed the day and the filming activities had really good feedback - plus the weather was good to us too!”

Find the perfect venue for your event

Where do you need the venue?

And put a face to the name!

A weekly series of events specifically designed for lockdown 3.0!

Improve your sushi making skills in this unique experience, from the comfort of your very own kitchen.

Improve your cookery skills in this masterchef experience, from the comfort of your own kitchen.

Do you know your Whitney from your Wham… Christmas Music Bingo will put your knowledge to the test. 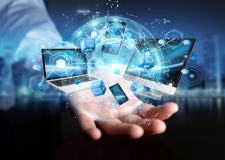 Our predictions about the way forward for meetings and events, with an unapologetically positive slant! 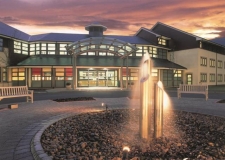 This February it is all about our Venue of the Month, Wychwood Park. This week we interviewed their Sales Manager, Lorna Thompson to answer those burn... 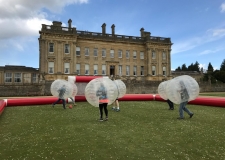 This August it is all about our Venue of the Month, Heythrop Park. This week we interviewed their Conference Office Manager, Ruth Honeywell to answer ...

Then please give us a call, drop us an email or request more info.